Do you want the good news or the bad news? Let’s start with the bad news. According to a new study from the Department of Meteorology at the University of Reading, turbulence on planes is going to get a whole lot worse in the foreseeable future.

With climate change to blame, the paper claims that increased levels of CO2 in the atmosphere will make it harder for planes to navigate vertical wind shears, creating resistance and destabilising the aircraft – AKA, turbulence as we know it.

Researcher Paul Williams said of the study; “Our new study paints the most detailed picture yet of how aircraft turbulence will respond to climate change. For most passengers, light turbulence is nothing more than an annoying inconvenience that reduces their comfort levels, but for nervous fliers even light turbulence can be distressing. However, even the most seasoned frequent fliers may be alarmed at the prospect of a 149 per cent increase in severe turbulence, which frequently hospitalizes air travellers and flight attendants around the world.” 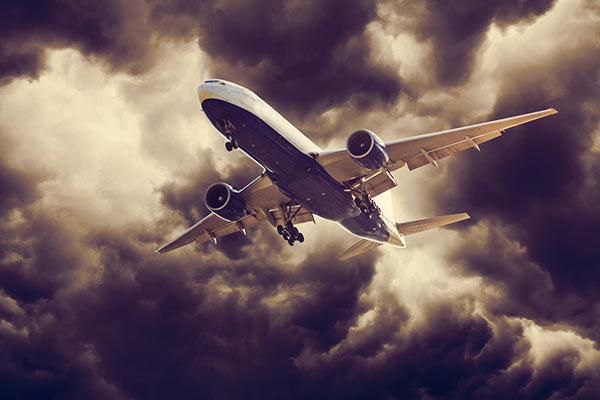 Not exactly music to any traveller’s ears, let alone for the more nervous fliers – the best thing you can do is make sure that you keep your seatbelt buckled when you’re not walking around the cabin. Many flight attendants say that it’s the passengers who don’t do this that end up getting hurt in heavy turbulence as there’s nothing to restrain them from bumping their head or being thrown around.

Of course if you’re flying United Airlines, turbulence and seat belts are probably the least of your worries!

You can read the full paper at Springer.

Does this news surprise you? How do you handle turbulence on flights?

Related articles:
The best seat for nervous flyers
How do you join the mile-high club?
World’s scariest airport runways