Around one in five Choice super fund options are expected to fail the government’s performance test, according to the latest analysis.

Introduced as part of the Morrison government’s reforms in 2021, the annual performance test initially measured 80 MySuper products against a set of standardised indicators to identify underperforming funds.

This year will be the second time the test has been conducted by the Australian Prudential Regulation Authority (APRA), after 13 of the 80 products tested last year were found to be underperforming. Three-quarters of those providers have since announced their intention to either merge or exit the industry.

This year, the performance test will also include Choice super options as well as MySuper options.

Choice super fund options are non-default options that you must actively choose to join, as opposed to the default MySuper products.

“This year, we expect to see the second round of MySuper results likely causing some MySuper solutions to be prevented from accepting new members,” says Kirby Rappell, executive director of SuperRatings. “This will be accompanied by the first assessment of Choice options under the test.

“Having an industry-wide benchmark gives funds a clear target with significant potential benefit for members.”

This year, analysis from SuperRatings suggests that an average of 20 per cent of Choice fund options will fail the test across all investment option profiles.

Using its newly developed tool, SuperRatings examined the performance of more than 650 product offerings across retail, industry, corporate and government funds to 31 March.

Although 80 per cent were predicted to pass, SuperRatings found that virtually all investment types were facing challenges.

High-growth options, allocating between 90 and 100 per cent of funds towards highly volatile assets such as shares and equities, were the most likely to fail, with an estimated 26 per cent expected to fail.

Read: What you need to know about super before you retire

Balanced and growth options were the least likely to fail, with analysis finding that 17 and 16 per cent of these funds respectively are expected to fail the test. That compares to high growth where the expected fail rate is 26 per cent.

Current economic conditions are not conducive to big super returns. Inflation is rampant, the Reserve Bank is hiking interest rates and an energy crisis is threatening businesses.

It may seem unfair to judge funds based on the current economic climate, but the test looks at returns over the previous eight years and is intended to give a long-term view of funds’ performances.

“Funds have limited ability to shift their relative long-term position against the benchmark,” Mr Rappell says.

“However, with the test only accounting for the most recent level of fees charged, funds do have the ability to make fee changes to improve their performance test outcomes.”

Read: How to claim tax deductions for personal super contributions

Mr Rappell says that since the results of the first test were published, SuperRatings has observed an increase in funds seeking to simplify their investment menus.

“While there are clear cost savings for funds in managing fewer options, the benefits of member choice are real, with highly engaged members particularly valuing additional choice,” he says. “We suggest funds take a balanced approach when assessing the viability of offering additional options to ensure members achieve the best possible retirement outcomes.”

In addition to the performance test, the Your Future, Your Super reforms also introduced the YourSuper comparison tool to help you compare your fund.

Currently, the comparison tool is using performance data from last year’s test and will be replaced with official results when they are released by APRA in August. 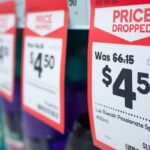