Remember those old school days when you failed a test (or at least didn’t do as well as expected) but were too scared to go home and tell your parents for fear of reprisals? Many of you probably do, but now that you’re older and mature, most of you wouldn’t be afraid to acknowledge your shortcomings and do something to rectify them.

The corporate world, which comprises such mature humans, would do the same – or so you’d think. It appears, though, that is often not the case. Take superannuation trustees, for instance. The Australian Securities and Investments Commission (ASIC) has been forced to issue a warning to super trustees to make sure they communicate performance outcomes to their members.

Why? Because, after reviewing the communications of 13 trustees who had failed a performance test last year, ASIC found that 12 of them failed to adequately inform members of that failure.

Looking deeper into the issue, ASIC found that most of the 12 trustees actually met their legal reporting obligations, but resorted to tactics that made it less likely their members would read those reports.

One example of this was trustees publishing their results as required, but burying them on a website page that was much less likely to be visited by members and others perusing the site, rather than on the home page.

Such a manoeuvre might remind some of burying the school report card at the bottom of the school bag, or underneath a pile of school notices parents were unlikely to read.

Read: Age Pension and superannuation changes you should know about

Other trustees took a different approach, using the mandatory report as an opportunity to criticise aspects of the test to suggest it wasn’t relevant to the product that was failed.

Again, such tactics hark back to school day excuses: “They told me the test was going to be about geometry, not quadratic equations!” (I used that tactic myself.)

ASIC weighed in on this behaviour, saying: “Our review suggested that often the primary aim of trustees whose product failed the test was to retain members, even if this involved using communication strategies that potentially undermined good decision making by individual members.”

Another trustee went as far as describing a product that failed to meet performance standards as “top rated”.

Read: Victims of crime call for superannuation loophole to be closed

Turning a negative into a positive can be a good thing, but word manipulation such as that probably takes things a little too far. It might bring a secret smile and some begrudging admiration to a school kid parent, but it does not belong in the communication armoury of an organisation to which you trust your finances.

ASIC commissioner Danielle Press reiterates that sentiment: “Trustees should act in their members’ best financial interests by being transparent about the performance of their product. They should communicate their performance test results to members in a balanced, clear and factual way,” she said.

“Communication strategies that don’t prominently disclose the test result or obscure the importance of a failed result in some way are not acceptable.”

Ms Press warned that ASIC can and will take action against repeat offenders. It is to be hoped that super trustees pay heed to this ‘parental’ warning. 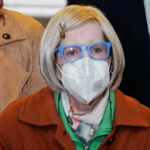 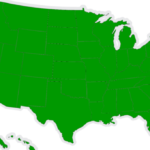