A legal loophole is preventing victims of crime from accessing the superannuation of their perpetrators in civil actions, and victims’ advocates are calling for change.

Under current rules, if a victim of crime takes civil action against the person or persons who offended against them, the perpetrators’ superannuation is exempt from being counted among their assets.

This has led to a situation in which the super belonging to paedophiles cannot be included in compensation to their victims and 2021 Australian of the Year Grace Tame is calling on the government to fix the problem.

“Paedophiles are able to hide their assets in their super, which should be available to compensate survivors of abuse,” Ms Tame told the ABC.

“What this means is that the liability is on the taxpayer to fund the compensation of survivors. What needs to change is that paedophiles should be responsible for compensating their victims.”

The fight to close this loophole is not new. In 2018, then financial services minister Kelly O’Dwyer was presented with a petition bearing more than 20,000 signatures to change the law.

Ms O’Dwyer announced that legislation addressing the issue would be introduced into parliament before the end of that year. Since then, there appears to have been no progress.

The petition was presented by advocate Howard Brown on behalf of the victims of notorious paedophile – and wealthy former Bega Cheese executive – Maurice Van Ryn.

The victims had been forced to accept a reduced settlement from Van Ryn as his super was locked away as a ‘protected asset’ under civil law.

“He basically said to us, ‘Here’s X amount, that’s all you’re getting. If you don’t like it, tough, because everything else is in my superannuation account and you’re not getting a penny’,” Mr Brown recalls.

The Grace Tame Foundation, Fighters Against Childhood Abuse Australia, and the Carly Ryan Foundation have written to Assistant Treasurer Stephen Jones to request a meeting.

The new government has been quiet on the issue so far, but Mr Jones said in a statement that he was willing to discuss the problem with the advocate groups.

“I have not yet had the opportunity to discuss Ms Tame’s proposal with her,” he says.

“The government would welcome a discussion on how we can support survivors and the role that each level of government should play.” 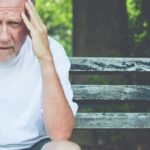 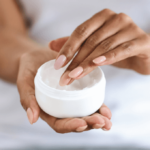