A tax break the former government hoped would be a vote winner may well be adding to cost-of-living and high interest woes.

The federal government paid out $5.7 billion in tax refunds last month, and economists are warning that could be contributing to inflation.

The generous returns are partly due to an increase in the low-and-middle-income tax offset (LMITO).

The previous government’s pre-election budget increased the LMITO by $420 per person and about 10 million taxpayers earning up to $126,000 per annum are eligible for the offset.

Sounds great, doesn’t it? More money in your pocket. However, economists have warned that increased household spending may actually increase the inflation rate even more.

Economists have voiced concerns that adding $11.8 billion to the economy would drive up demand for goods and services, prompting businesses to raise their prices.

“This stimulus when the economy is running hot is dangerous,” University of NSW economics professor Richard Holden told The New Daily.

“There is absolutely no doubt this will add to our inflation problems.”

The Reserve Bank of Australia (RBA) announced on Tuesday that the country’s headline inflation rate was sitting at 6.1 per cent and the underlying rate at 4.9 per cent.

Read: Inflation hasn’t been higher for 32 years, what now?

In Tuesday’s announcement, RBA governor Philip Lowe said the board places “a high priority” on the return of inflation to the 2-3 per cent range while keeping the economy on “an even keel”.

“Inflation in Australia is the highest it has been since the early 1990s,” Dr Lowe said.

“Global factors explain much of the increase in inflation, but domestic factors are also playing a role.

“There are widespread upward pressures on prices from strong demand, a tight labour market and capacity constraints in some sectors of the economy. The floods this year are also affecting some prices.”

Dr Lowe said inflation was expected to peak later this year and then decline back towards the 2-3 per cent range.

And while economists claim the extra money in the economy will add to rising interest rates woes, the decision to provide the LMITO for people earning up $126,000 also copped condemnation with some critical of a tax offset for such a high-income bracket.

The LMITO was never intended as a permanent feature of the tax system, but governments seem incapable of doing away with it or even gradually lowering it.

It was introduced in 2018 with the intention of flattening Australia’s income tax scale and was intended to last only a few years, but the government extended it into 2021 and 2022. Now, it’s essentially entrenched in the system, and most taxpayers will see it as a ‘pay cut’ if it’s removed.

What will you be doing with your tax return? We’d love to hear your plan in the comments section below. 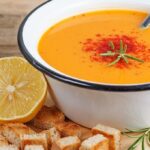 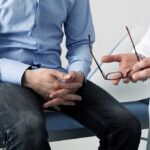