Chris Baber is all about making cooking quick, simple and accessible – that’s why his debut cookbook is called Easy.

While he won BBC One’s Yes Chef in 2016 and has worked in restaurant kitchens, he’s not a professionally trained chef, so he understands the trials and tribulations of home cooking.

These are his top tips for making life easier in the kitchen.

While Baber says “you don’t need fancy equipment” – so you don’t need to go spending all your money on high tech gadgets. He says “the basics go a long way”.

For Baber, this means a sharp knife and a good pan. “It makes such a difference – if you’ve got a really good knife and look after it, the same with a pan. It makes cooking a bit more fun, if you’re using nice tools to do it.”

Tidy as you go

This is one Baber learnt while working in a restaurant. “Have a little space on the counter, or a bowl for all your waste,” he advises. “So if you’re chopping onions, peeling garlic, cutting peppers – put the skin, the seeds, whatever in there, and keep things tidy as you go.”

“Get everything prepped before you get started,” Baber suggests. “Again, it’s something you’d always have in a professional kitchen – you’re never going to start peeling onions at the start of service.”

Instead, Baber recommends having “everything chopped, all the spices out, stock measured, all the pans ready to go, then boom! You can concentrate on the cooking, and I think that is a game changer.”

Save on washing up where you can

“Use kitchen scissors to chop up things like chicken,” he says. “If you buy a pack of chicken, you put it on a board, you get a knife, you’ve got raw chicken on the board and a dirty knife – you’re creating mess and washing up.

“Simply open the packet, pick up the chicken, and use some scissors to cut it into pieces. You’re saving washing up.” 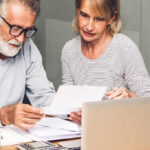 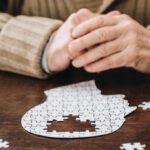