Federal Treasurer Jim Chalmers has confirmed Australia will follow Aotearoa New Zealand’s example and put wellbeing at the centre of the national budget.

So what is a wellbeing budget? To understand that requires a short explanation of how Australia budget works now, and how wellbeing goals will change the process.

How the budget has worked till now

Governments around the world budget in different ways. Some deliver little more than a statement of economic policy aspirations. Others, like Australia and New Zealand, publish detailed and useful information.

The standard Australian budget since the 1980s has included an economic outlook, official estimates of likely revenue and expenses, and details on proposed changes to taxes and spending. There are sections on risks, estimates of debt, and much else besides.

Preparing the budget is a mammoth undertaking by bureaucrats, ministers, and ministerial offices.

Nevertheless government decisions actually only affect the budget at the margins.

The bulk of spending is locked in to programs that roll on year after year – such as aged pensions, health and defence. Budgeting is incremental. Cabinet’s key budget decision-making body, the Expenditure Review Committee, will work for months to shift just 2-3 per cent of spending.

There are exceptions. When a major new tax such as the GST is introduced, for example. Or when a government spends big in response to a global financial crisis or pandemic. But these are rare.

Government budget decisions at the margin are, however, what the media and political debate focuses on, because they show the government’s priorities.

The grab-bag of disparate spending increases in the Morrison government’s last budget, for example, reflected an impending election. Its 2021-22 Budget reflected the pandemic. Its 2019-20 Budget reflected its long-term plan to deliver a surplus.

Until 2019 and its first wellbeing budget, New Zealand’s process was so similar to Australia’s that observers lumped them together as the “‘Antipodean” ’ model of budgeting.

No longer. The New Zealand government’s policy decisions still remain mostly at the margins. But the way those marginal decisions are made has changed.

Priorities are no longer just set according to the government’s whim but are more constant – reflecting long-term goals identified as important to national wellbeing. These priorities aren’t meant to change significantly between years, or terms, or even decades.

These priorities have stayed the same over four wellbeing budgets – albeit with some minor changes, such as adding physical wellbeing to the mental health objective.

Extra funding has been allocated to these priorities in each of the four years. The 2022 budgetBudget, for example, had an extra NZ$580 million (about A$525 million) for health, social and justice program contributing to Māori wellbeing.

Has it made a difference?

It is not yet apparent what wellbeing budgeting has achieved for New Zealand. But that’s to be expected.

Challenges such as child poverty, greenhouse emissions or mental health need decades of sustained effort, not four years of the standard budgeting cycle. These are areas that have often been neglected precisely because they can’t provide some “‘announceable” ’ outcome in time for an election.

Criticisms of the New Zealand process for not yet improving outcomes) thus fail to appreciate the point of the reform. They are even more unfair given the context of the past two years, with the challenges of COVID-19, supply chain disruptions and global inflation.

A sense of the long-term benefits of wellbeing measures comes from Scotland.

It has not yet gone as far as New Zealand with a wellbeing budget, but for 15 years it has had a well-being framework helping to shape spending priorities.

The National Performance Framework was adopted in 2007 with a 10-year vision to measure and improve wellbeing outcomes.

Updated in 2018, it covers 11 major outcomes – from “a globally competitive, entrepreneurial, inclusive and sustainable economy” to children growing up “loved, safe and respected” – with 81 measures of improvement (such as social and physical development scores as measures of child well-being).

tells a strong story of how a focus on wellbeing can reorientate government by creating a shared language for public services and a sense of unity of purpose.

Not perfect, but a step in the right direction

New Zealand’s wellbeing budget is not a complete departure from a standard budget. It still has economic content and, like any set of papers produced by a government, cannot escape politics.

Nonetheless it puts wellbeing spending at the forefront of the government’s most important policy statement of the year. It is working on measuring progress in more sophisticated ways than standard indicators such as GDP.

It encourages departments and their ministers to prepare policy bids with a view to these priorities. It makes wellbeing a benchmark by which to judge the budget – even by critics.

New Zealand has long been a budget innovator. It led the world in introducing outcomes and outputs budgeting – categorising spending according to desired results rather than inputs such as staff and buildings. This is now considered standard good practice for a developed country.

In Australia the wellbeing budget could turn out to be an equally useful model – though there will always be more work to be done.

This article is republished from The Conversation under a Creative Commons licenselicence. Read the original article. 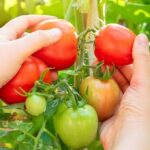 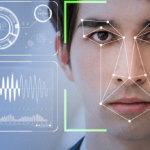