Australia may have seen the worst of the most-recent wave of COVID-19’s Omicron variant, which has swept through aged care facilities and strained hospitals, according to federal Health Minister Mark Butler.

Mr Mark Butler said ahead of a national cabinet meeting this morning he was cautiously optimistic COVID-19 cases have peaked.

“The data we’re seeing right now indicates we might have reached the peak earlier than we expected to,” Mr Butler said.

“We’re being a bit cautious about that because what we’ve seen through the pandemic is the ‘school holiday effect’, which shows numbers and transmission takes a slightly different course because of different activity in the school holidays.”

The health minister said hospital admissions were down, though remained high: about 5000 admissions across the country.

In recent weeks, Australia has had one of the highest infection rates in the developed world, exacerbated by the emergence of more infectious strains of the Omicron variant of COVID-19.

The federal government has renewed a push to encourage people to receive their booster shots, including a fourth dose for people, because vaccination rates have plateaued.

Mr Butler said there were still five million Australians eligible for a third dose who had not received it and had gone more than six months since their second dose.

“I’d really, really encourage anyone who is eligible for a booster shot — whether it’s a third dose or a fourth dose — [to] get it now. Get the vaccine that is in front of you,” he said.

Mr Butler said fourth-dose vaccination rates had shot up since eligibility was expanded three weeks ago to include anyone aged over 30 years, and recommended for those older than 50 years. 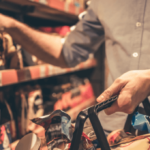 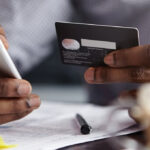