There are plenty of hurdles to overcome in successfully getting millions of jabs into millions of arms.

There are the obvious ones – securing the necessary supply, finding the workforce, and ensuring the vaccines are safe and effective.

And then there is simple laziness.

Earlier this week a table full of health officials, bureaucrats and military hardheads started working out how they will distribute the masses of Pfizer and Moderna doses due to arrive in the country later this year.

Demand is obviously outstripping supply at the moment, but it is expected that equation will eventually flip.

The idea is to make getting vaccinated as easy as possible. If people can get it without going out of their way, great.

But if they can get it on the way to somewhere they would actually like to go – like the pub, or the football – even better.

The upside to being behind much of the world in the vaccine rollout is Australia can pinch some of the best ideas.

Some countries are offering vaccines in fast food car parks. Others are using big attractions to pull people in – turning places like Dracula’s castle in Transylvania into a vaccine hub.

Here are just a few ideas that might be adopted (and a few that probably won’t).

There are a few things that most larger Australian towns and suburbs have in common.

They probably have a library. They definitely have a footy field.

McDonald’s has already volunteered its 1909 car parks around the country as temporary vaccination sites, suggesting they could be particularly useful in regional areas.

It turns out this model is already pretty popular elsewhere.

Across the US, mobile vaccine providers have been offering jabs in McDonald’s car parks. Sometimes the company throws in a free soft-serve, or a voucher for a burger next time they come through.

Future of the vaccine rollout

The man in charge of the leading the vaccine rollout just gave us a stack of information about how he sees it playing out this year. Here’s what we learned.

And plenty of countries have turned to drive-through vaccines.

Canada, India, the US, Oman, Fiji and others have turned to drive-through models, and they often prove popular.

Lieutenant General John Frewen, who is overseeing the COVID-19 vaccine rollout, suggested earlier in the week it is an option that is being looked at.

One advantage to sitting in your car is again, that it is fairly comfortable — and an easy place to either wait in line, or spend the required fifteen minutes after being vaccinated, to monitor for adverse effects.

The most sensible, easy and logical places to put mass vaccination hubs are often a bit dull.

Bunnings, Officeworks put their hands up to host vaccine hubs 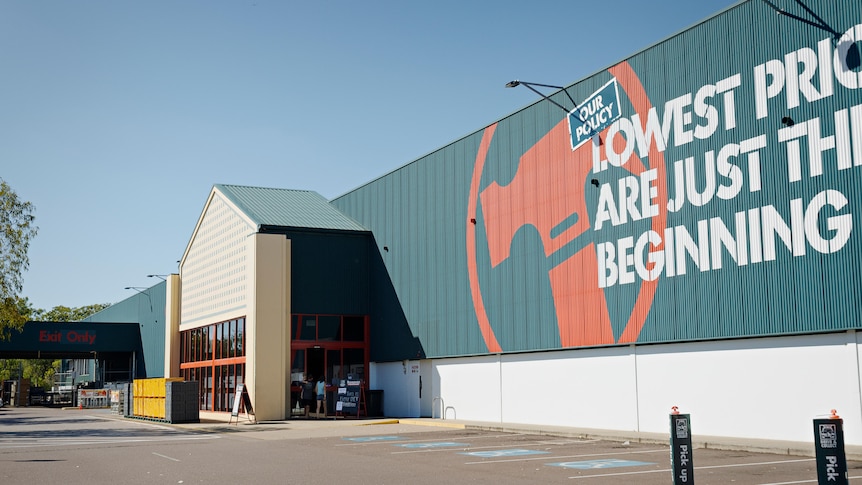 Treasurer Josh Frydenberg says a range of businesses, including the company that owns Bunnings and Officeworks, have offered to host vaccine hubs in the future.

But elsewhere, some have tried putting hubs in places that might be a bit logistically difficult, but hold way more public appeal.

In Transylvania, Bran Castle (famously associated with Count Dracula) is setting up vaccine hubs every weekend throughout the European summer.

It is open to any EU citizen, and comes with a free ticket to their exhibition on medieval torture.

In New York, major league baseball teams the Yankees and Mets were offering vaccines to fans heading to the baseball.

Vaccine hubs were set up at both teams’ home stadiums, and on game day, the first few hundred people vaccinated were given free tickets.

And in Scotland, the Time Capsule water park and ice rink near Glasgow is offering jabs every day of the week. Help fight a global pandemic, and ride a waterslide, all at more or less the same time.

In Australia, the thinking has not been much more creative than Bunnings – but that could yet change.

If you can’t get people in, go to them … even at the pub

Back in May, the government of New Jersey made headlines when it began offering vouchers for free beers to those who were vaccinated.

It may well have worked, but others are going the extra mile.

On the other side of the US, Portland doctor Maureen Mays set up shop inside a brewery, trying to catch those coming in for a beer, according to local TV station KOIN.

She told the network she was targeting those who were not “gung-ho” about getting vaccinated, and were just a bit complacent.

They would be rewarded for their shot with a free drink.

Remarkably, it is an approach that might catch on in Australia.

The Australian Hotels Association (the peak body for Australian pubs) has raised the idea of using pubs as vaccine hubs, particularly in remote areas.

Heading out just to get a vaccine might seem like too much — but if it’s at the pub, and comes with a beer? It might be a different story.