Age also affects what’s happening inside. Immunity is one example. As you age, your immune system begins a dramatic downgrade. Scientists have given this an exotic-sounding name – immunosenescence.

The phenomenon of immunosenescence has become somewhat of a hot topic. As detailed in a study published in 2007, scientists know that the immune system undergoes age-associated alterations. These accumulate to produce a progressive deterioration in the body’s ability to respond to infections and develop immunity after vaccination – both of which are associated with a higher mortality rate.

Given what’s known about immunosenescence, understanding its causes has become a focus of medical researchers, particularly as each generation is living longer than the previous one.

The University of Southern California’s Eric Klopack has taken a particular interest in immunosenescence, and he and his colleagues from USC and the University of California have published a study that pinpoints a link between stress and the degenerative condition.

Dr Klopack, a postdoctoral researcher in gerontology, and his fellow authors observed that not all immune systems age at the same rate, and found that social stress is associated with signs of accelerated immune system ageing.

Read: The ‘impossibility’ of COVID herd immunity as Delta changes the score

Looking at data from a large, nationally representative survey of US adults aged 50-plus, the authors looked at different kinds of stressors experienced by the participants.

These included stressful life events, such as job loss; discrimination, such as being treated unfairly or being denied care; major lifetime trauma, such as a family member having a life-threatening illness, and chronic stress, such as financial strain.

More recently, researchers started collecting blood from a sample of those participants, counting the number of different types of immune cells present, including white blood cells, which play a central role in immune responses to viruses, bacteria and other invaders.

Analysing the data from 5744 participants who provided both blood and answered survey questions about stress, Dr Klopack’s team found that social stress is associated with signs of accelerated immune system ageing.

However, when the data was controlled for poor diet and low exercise, the connection wasn’t quite as strong. This suggests that an improved lifestyle could help offset the ravages on the immune system caused by stressful events.

Ideally, the best you can do to keep your immune system from prematurely ageing is to avoid stressful life events. In practice, of course, this is nigh on impossible, so your best bet is to eat healthily and get plenty of exercise. 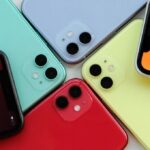