We all know the drill. Board the plane, listen to the safety drill, fasten your seatbelts, turn your phone to airplane mode.

But do the flight attendants actually know if you have turned your phone or device to the right setting? Let’s face it, we’ve all forgotten to slide the button over at least once.

The short answer is no, not for certain, but that doesn’t mean you shouldn’t.

Remember when warnings about using your phone on a plane were the equivalent of “we are all going to die” and we all dutifully turned them off completely for fear of plunging into a dark sea somewhere over the Pacific?

Read more: Is this the future of airline travel?

But was it just another reason for flight attendants to scold us? Not really, as back then – before any proper testing – they weren’t really sure what effect mobile devices had on communications and navigation systems and erred on the side of safety.

And now, if we are asked to turn them off completely, we should as there is a fair bit of evidence that they do affect communications. Not in a ‘plane drops out of the sky’ way but more crackling interference through official communication channels. And don’t we all want our pilots to understand what is coming through their headphones? Especially when it comes to the flight tower? I know I do.

A former flight attendant told Conde Nast Traveler that the best way to explain it was the interference is very similar to the ‘clicks’ when a speaker picks up a mobile phone signal, and it becomes stronger with more phones on. So, while they can’t tell which passenger has their phone fully on, they can tell if too many do.

But don’t take our word for it, the television show MythBusters concluded that mobile phones could and did interfere with unshielded cockpit instrumentation, specifically those within the 800-900 MHz range.

And if you are travelling overseas, check each airline’s rules. While some are rather casual about policing the issue, British Airways takes the issue very seriously and you could face charges when you hit the tarmac.

“We take this issue very seriously and any inappropriate use of a mobile device would be reported to the proper authorities,” the group told Conde Nast Traveler.

What exactly is airplane mode? Airplane mode disables all the wireless transmission functions including cellular radio, wifi and Bluetooth.

Your device will stop communicating with communication towers, stop scanning for nearby wifi networks, disable Bluetooth capabilities and, for some devices, also disable the GPS system.

Many planes offer wifi now, but if they don’t and you leave your device on it will attempt to connect with any communications tower the plane passes over, or if on the ground, wifi networks, so apart from anything else, it will quickly drain your battery.

Even when you are not flying, turning airplane mode on can be a handy trick to save on battery life if you need to drag out the last bit of juice before you can get to a charger.

And I for one am glad people aren’t encouraged to make phone calls on planes. It’s hard enough flying these days without being forced to listen in to another passenger’s phone conversation. 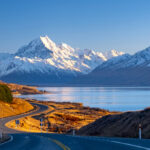 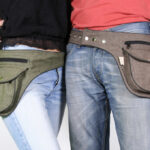