It is almost impossible to imagine a world without tigers.

From the works of William Blake and Rudyard Kipling, to the beds of almost any child who’s ever owned a soft toy, these apex predators dominate our imaginations as much as they do their own ecosystems.

By far the largest of the world’s big cats (excluding the ‘liger’ – a hybrid of lion and tiger), it seems almost counterintuitive that anything could threaten these giants of the wild.

Unfortunately, as a species, they’re horribly threatened. International wildlife charity Born Free forecasts that, after a population decline of 96 per cent over the past century, tigers could be facing extinction within the next 10 years.

If you’re aware that animal tourism can be damaging and exploitative but want to tick seeing a tiger in the wild off your bucket list, here are a few ways to minimise your impact and support the survival of the species. 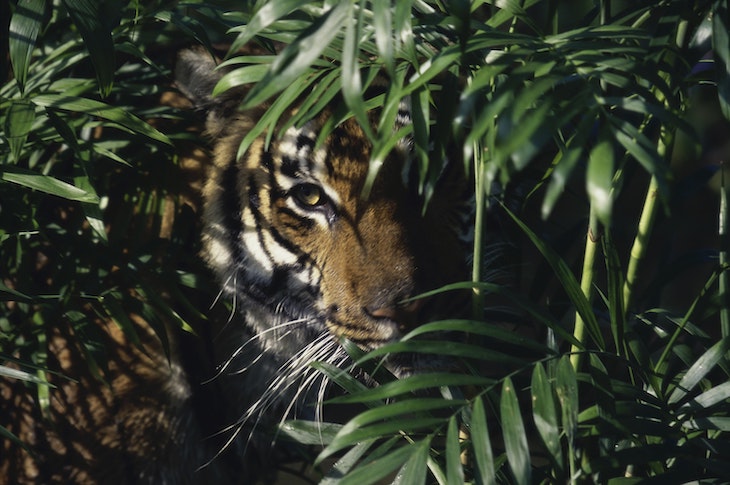 Why are tigers endangered?
The Bengal tiger population plummeted from around 40,000 in 1947 to less than 3200 50 years later, due to hunting culture and the destruction of habitat. According to the WWF, the population has recovered slightly and now sits at around 3800 tigers in the wild, but due to habitat fragmentation, they occupy less than 7 per cent of their historical range. The WWF also states that more tigers are living in captivity in the US than in the wild.

Tigers have been hunted by man for centuries. Unfortunately, killing one of the world’s largest big cats was once considered a status symbol; the upper class would adorn the walls and floors with tokens of hunting trips taken.

Historically, tiger bone was used in traditional Chinese medicine. It was very popular because of its attributes of power and strength and was claimed to treat everything from ulcers to rheumatism, and even malaria. Along with hunting, this contributed to the rapid reduction of the world’s tiger population.

Now, the tiger’s natural prey is also declining. As top predators they rely on a lot of hoofed animals to survive; an adult male is capable of eating up to 21kg of meat per day. But, as agricultural developments bring tigers and humans closer together, more and more ungulates are being hunted or poached, meaning less food for tigers. If they don’t have enough food, of course, they can’t survive.

Is it ethical to participate in tiger tourism?
A lot of the time, no. A cautionary tale comes from Tiger Temple in Thailand, a tourist mecca run by Buddhist monks that allowed visitors to enter the cages of their charges and pet the apparently docile creatures.

Then a police raid in 2016 made a grisly discovery: 40 tiger cub corpses stashed in a freezer, 20 more suspended in jars of formaldehyde, and a cache of disembodied parts.

Professor Claudio Sillero, chief scientist at Born Free and research fellow at Oxford University, is very clear on what makes tiger tourism conscionable. “I’m very in favour of nature-based tourism,” he says, “which has benefits not only for the animals but also for the people living side by side with tigers. But they have to be wild tigers.”

Taking a ‘tiger selfie’ is out; petting them is definitely out; just seeing them in an enclosure is seriously suspect. Is it ever ethical to travel to see tigers in captivity? “No. It is not.”

Unfortunately, this restricts you to locations with wild tigers – and the whole problem is that there aren’t many of those. “Central India is the sole place, really, where people should go to have a chance of seeing tigers,” says Prof. Sillero. “The Indian government regulations are very strict and put wildlife first.”

Where to see a tiger ethically
The Rajasthani reserve of Ranthambore is perhaps the best known, but it’s one of more than a dozen parks offering guilt-free tiger tours. Regulations are the same across the board, so questions should centre on your operator: Are they clued up on tiger welfare? Do they harass animals in the hunt for views or shots? All tourism can cause some disruption, but, as Prof. Sillero says, when done properly, thoughtfully and ethically, “the benefit outweighs the nuisance”.

About 50 per cent of wild Bengal tigers in the world roam the national parks of India. The Bengal tiger is a subspecies native to the Indian subcontinent.

Wild tigers are becoming increasingly difficult to spot in India, but there’s still a chance to spot them, if you’re lucky. Here are a few parks we’ve found that meet Prof. Sillero’s criteria: 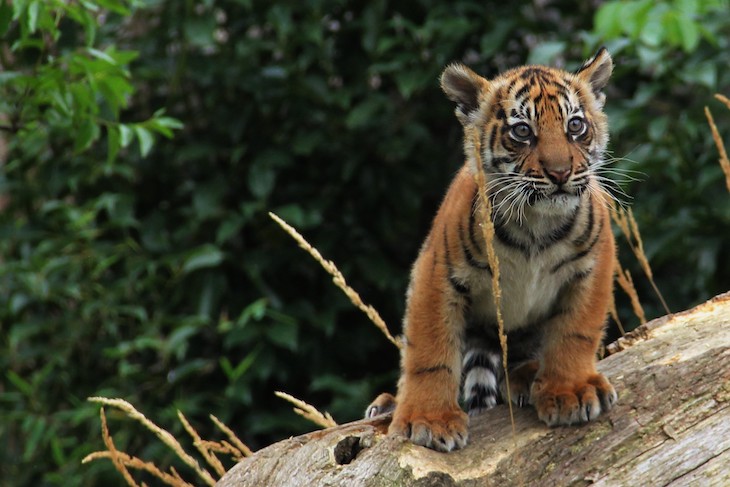 Ranthambore National Park, Rajasthan, Northern India
The Rajasthani reserve is just a few hours’ drive south of Delhi and 130km from Jaipur. It can be a great place to spot Bengal tigers as the big cats are used to tourist vehicles in the reserve. The park uses 20-seat Canter vehicles and six-seater jeeps for guided morning and evening safaris. Regardless of a tiger sighting, the setting of temples and Mughal ruins make the reserve a mecca for wildlife spotters and photographers.

The best time to visit the Ranthambore National Park is between October and June.

Sunderbans National Park, West Bengal, India
This massive 140,000-hectare mangrove forest sits on the border of east India and Bangladesh. The World Heritage-listed site is home to one of the world’s largest tiger populations (around 350) plus a whole host of other endangered animals.

The best time to visit is between October and March. In the winter, the weather is pleasant and tolerable, which means a more comfortable trip and a higher possibility of spotting tigers basking in the sun on the riverbanks.

Kerinci Seblat National Park, Sumatra, Indonesia
Starting on the coastal plains of West Sumatra and stretching along forested valleys and over the deep river gorges of the Barisan Mountains, this national park covers an area twice the size of Bali and is home to more than 200 Sumatran tigers.

It’s not a safari park so don’t expect to be shuttled around in a jeep scanning for the big cats day and night. Wild Sumatra Adventures do lead ecotourism experiences, where you may have a chance to spot a nocturnal tiger or its tracks, but most visitors come to climb Gunung Kerinci.

Weather conditions are very erratic and hard to predict in Sumatra, but the heaviest rains typically fall between December and February and locals say that tigers are most active just after the rain. 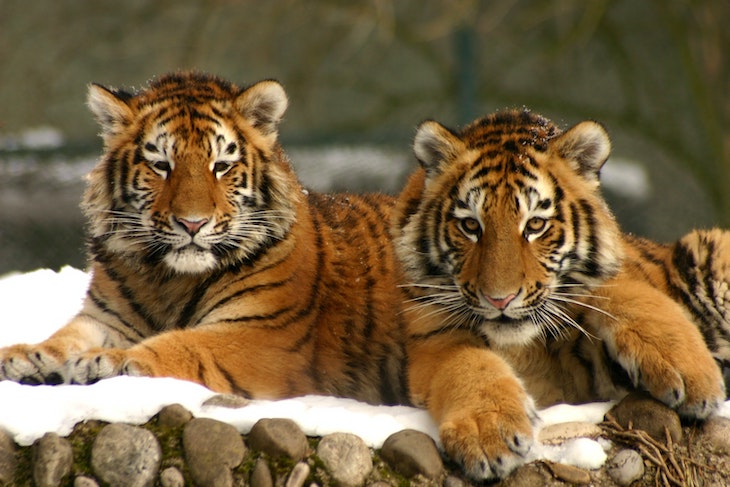 Tourists may visit the portions of the park marked for recreation, but entry to the protected zones is only possible in the company of park rangers. An application must be submitted and approved before visiting the park. The average temperature is -17ºC in the winter and warms to 30ºC in July and August.

How can you help?
If you’re moved by the tigers’ plight, there are things you can do to help.

“Most obviously, you can contribute financially,” says Prof. Sillero, “but also you can use social media to promote the cause and encourage people in countries with tigers to live with them hand in hand.”

Never pay to touch a big cat or cub. Use your voice to advocate for them. If you see big cats (or any animal) being used for entertainment or exploited for money, speak up. Post a negative review on Yelp and TripAdvisor to warn fellow travellers.

For animal tourism to work, it must be done in a way that minimises damage to key habitat, prevents unnecessary stress on the animals, and generates concrete benefits to both conservation programs and nearby communities.

How do you feel about animal tourism?