Superannuation is often seen as a safe, reliable place to park your money and watch it grow. But much of your super’s value comes from arbitrary valuations that may not reflect reality. So how can you be sure you’re on the right path?

Turbulent global economic conditions over the past few years have left super funds struggling to turn a profit. In fact, just three funds managed to close out the 2021-22 financial year in positive territory.

The average return for super funds was a 3.1 per cent decline. While that result is disappointing, it could have been much worse. But a bigger problem for super may be lurking.

Much of super’s downturn is due to stock market woes over the same period.

However, when you take a closer look at stock market performance, you’ll see it actually performed much worse than super. Super balances, by comparison, got off lightly.

This is because your super fund is invested in things other than the stock market, including in private companies and assets that are not traded publicly. These types of assets usually include large public infrastructure items such as bridges, roads and ports.

They can appear safe from a distance, as their value isn’t so tied to market fortunes. But what their value is tied to has problems of its own.

There are a few different methods of valuing an unlisted asset. These include complicated financial analysis tools with names like Discounted Cash Flow or Internal Rate of Return. What these valuation methods all have in common is that they are largely based on opinion.

Read: Are super funds off the hook after tests paused?

And if these opinions don’t match reality, then the value of your super may be greatly inflated.

With publicly traded assets, such as shares in public companies, value is easy to ascertain quickly. This is because people are openly buying and selling them every second, allowing you to price the asset at any time.

In contrast, private assets are usually held for years or even decades. This can make working out their price at any particular point in time difficult. Compounding the problem, most super funds usually only undertake periodic valuations of these assets quarterly.

For example, take an unlisted infrastructure asset such as an airport. During the height of the pandemic, when international and domestic travel was stopped, the value of airports plummeted.

But it would have taken months for super funds to reflect that drop in value. Members who withdrew funds during that time would have benefitted from the inflated price, which also means the losses would be felt by those who withdrew after the drop was recorded.

Is it reasonable to expect some members to bear the losses while others benefit? Super Consumers Australia director Xavier O’Halloran told Choice that funds need to find a way to distribute those fluctuating values more evenly across all members.

“Nobody is saying funds shouldn’t invest in unlisted assets,” he says.

“It’s about getting the governance right to ensure there is equity between all fund members. 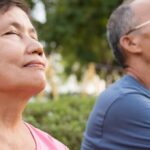 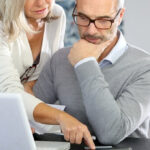