Economists know that increasing labour force participation can have huge economic benefits. While most of the focus for increasing participation rates is on families raising children, an important group has been largely overlooked – retired Australians.

The Age Pension income test acts as a disincentive for older Australians to continue to work in two important ways.

First, the means testing reduces the amount of income that those on the Age Pension take home. If an age pensioner’s income rises above a low fortnightly threshold, then the pension is reduced by 50 cents for every additional dollar earned. This is on top of any income tax he or she might have to pay. Why go out and work when potentially more than half can be taken away in taxes and reductions in the Age Pension?

The second is that the means testing of the Age Pension makes the whole system more complicated. If someone is receiving the Age Pension and working, they need to report their fortnightly wages to Centrelink. If they don’t do this and their income varies from fortnight to fortnight, they could be overpaid and face an unexpected debt. As a result, some age pensioners simply choose not to work.

Read: Reasons to return to work after retirement

The decision to opt out of work is not only bad for individuals, reducing the potential income of some older people, it is also bad for businesses and the economy as a whole. Older Australians have valuable skills and experience that are lost because pension means testing discourages them from working.

Other countries have overcome this problem. One example is New Zealand, where the Age Pension equivalent is universal. That is, there are no income or asset tests. Everyone aged 65 and over who satisfies a residency test is given the full rate of the New Zealand Age Pension.

That means New Zealanders can choose to retire after 65 or continue to work either full time or part time. The decision to work does not affect the pension amount they receive. They don’t have to worry about taper rates or if they might be overpaid and end up with a debt.

This policy has a significant impact on older New Zealanders’ decision to work and they choose to work in far bigger numbers than older Australians. If we look at labour force participation rates by age for both Australia and New Zealand (see the chart below), we can see that they are almost identical for younger and middle-aged cohorts.

Read: Take guesswork out of retirement

That higher participation rate in New Zealand doesn’t just benefit individuals. It also means more production and higher economic activity. If Australia was able to replicate the labour force participation rates in New Zealand, then our GDP would be $80 billion larger. This flows through to not just higher incomes but also to more tax revenue and more business income.

A Universal Age Pension would act as an income floor for older Australians. Superannuation and income from other assets could supplement that income. Older people would also have the option of working if they so desired. In short, older Australians would have more options as to how to live out their retirement years.

The benefits of giving older Australians the choice about continuing to work has big potential benefits, not just to the individual, but also to business and the economy as a whole. Scrapping superannuation tax concessions in favour of a Universal Age Pension, paid at a rate 25 per cent higher than the current Age Pension, would support all older Australians in their retirement. It’s a win-win.

Matt Grudnoff is a senior economist at The Australia Institute.

Do you believe age pensioners should be able to work to improve their standard of living? Would you support a review of the regulations? Why not share your views in the comments section below? 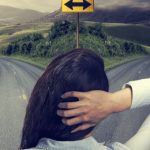 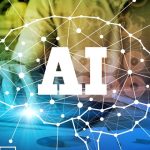