Australia has a policy blind spot when it comes to government support for retirement incomes and it’s one we will be forced to confront in coming years. When we do, it might create a number of retirement traps for the unprepared.

I have a confession to make. I love those TV shows about hoarders. The ones where psychologists and professional cleaners come in to try to help those suffering from compulsive hoarding disorders. It is fascinating and uplifting to watch people overcome and change their lives for the better.

Just like the hoarder in a house full of junk who can’t see a problem and insists that everything is fine, countries have blind spots as well. In the United States, it’s universal healthcare. Despite all the evidence from countries that have universal healthcare, the US insists it is unaffordable and unworkable.

But Australia has its own policy blind spots. One is the retirement income system. There are all sorts of problems with the system, but as the Retirement Income Review set up by the government is about to find out, there are plenty of people who have a blind spot and will resist any change. 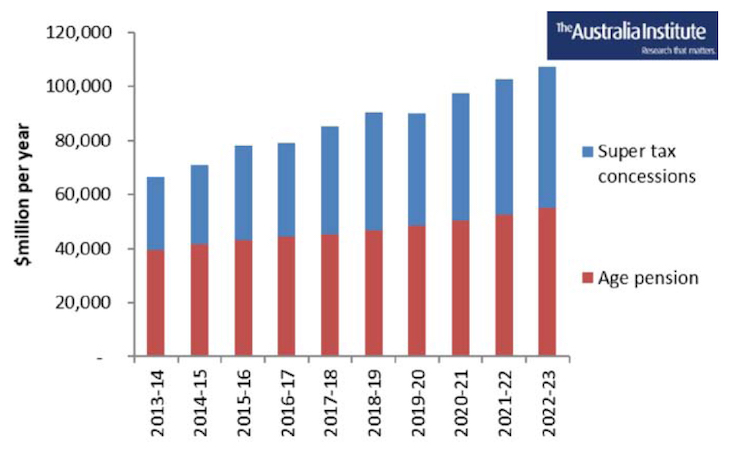 This $100 billion does not include other government perks that are used mainly by retired people to prop up their incomes – such as excess franking credits. It doesn’t include other concessions not directly related to income, such as the Health Care Card.

If the government is handing out so much money, why do we have such high rates of poverty in retirement? The simple answer is because we’re giving the money to the wrong groups.

If you were starting from scratch and you decided to hand out $100 billion a year to help people with their retirement incomes, who would you give it to? You might give the most to those who had the least. You might think to hand it out equally.

The Age Pension, which is means tested and targeted at lower income households, does not pay enough to keep some households out of poverty, particularly those who rent in retirement or who have a mortgage. Both these groups have been growing in recent times.

But here is where we insist that there is no problem. We tell ourselves that we don’t have to change, that those who keep pointing out the big piles of rubbish all around us are wrong. 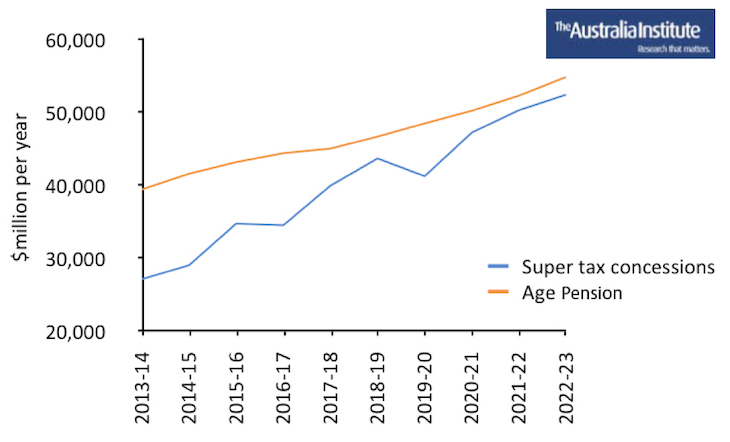 Excess franking credits are growing even faster, as shown in the graph below. They were worth just over $1 billion when they were introduced in 2001. By 2015 (the latest figures we have from Treasury) they were worth $6 billion. That’s a five-fold increase in 14 years. 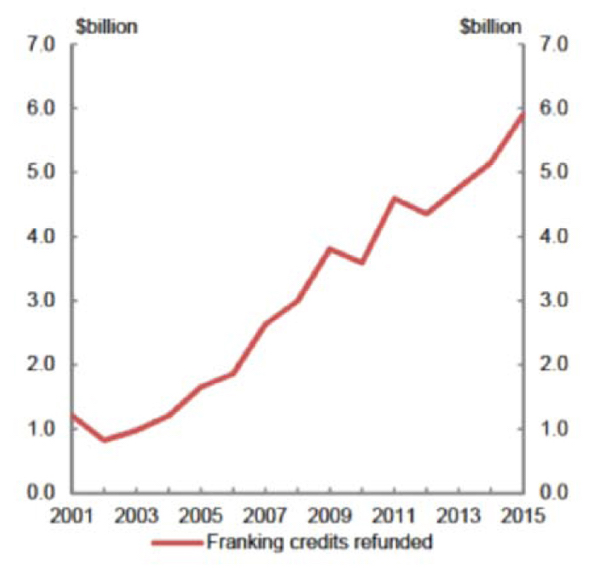 And almost all that growth in franking credits has come from individuals and self-managed super funds, as shown below. 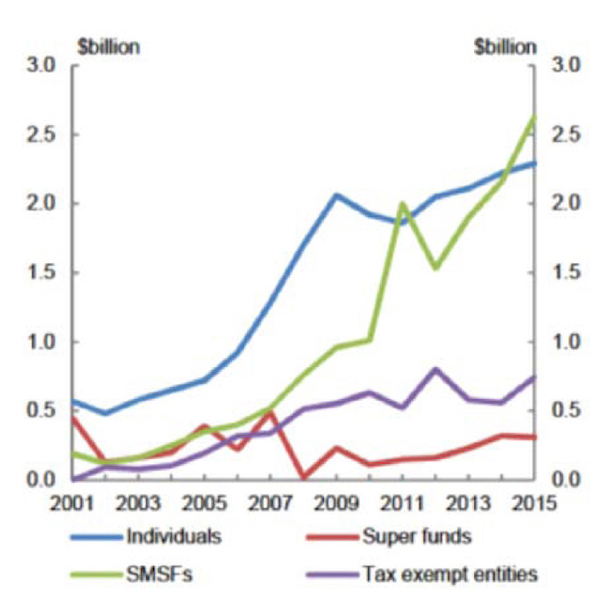 This presents one broad retirement trap and one very specific to excess franking credits.

The longer something that is unsustainable continues, the bigger the correction required. If changes are not made now, then it puts at risk bigger changes down the track that could have a greater effect on people who are about to retire or who have already retired. More specifically, to excess franking credits.

These encourage retirees to overload their investment portfolios with domestic shares that pay large franked dividends. A diversified portfolio is always better for weathering uncertain economic times. An over-reliance on franked dividends leaves retirees exposed if there is a downturn in parts of the economy.

Change is hard, but we need to acknowledge the problem before we can move forward. If we don’t, we end up sitting in a huge pile of rubbish convincing ourselves that nothing is wrong.

Related articles:
Ignore this advice at your peril
Government aid that could help you
Entitlements you must know about