It was once widely touted that a couple needed $1 million to retire comfortably. But that figure is now just as widely disclaimed. So how much do you need?

The Association of Superannuation Funds of Australia (ASFA) says a single homeowner needs $545,000 in super at retirement and couple homeowners need $640,000 to maintain a ‘comfortable’ (not extravagant) lifestyle.

But analysis from Super Consumers Australia (SCA), using data sourced from the Australian Bureau of Statistics (ABS), says those figures may have been greatly exaggerated.

Read: Five ways you could increase your retirement income

The SCA says that a single homeowner aged 55 to 59 who plans to spend $55,000 per year in retirement (which the SCA considers a ‘high’ level of spending) would need to have $745,000 in super by retirement.

But a single homeowner who aims to spend only around $44,000 per year (similar to AFSA’s ‘comfortable’ retirement) would need to save only $301,000 by retirement age. For a frugal lifestyle in retirement with an annual spend of $34,000, the magic figure according to the SCA is just $88,000.

“Having credible targets, based on actual spending, means people can confidently spend and get on with enjoying their retirement,” said Super Consumers Australia director Xavier O’Halloran.

Read: No one-size-fits-all when it comes to retirement income

He noted that the $1 million figure often bandied about is really only applicable to people with high spending patterns and says the suggestion that all retirees will need that much is harmful.

“That can lead to over-saving, it can lead to them making sacrifices during their working life that they don’t need to make, if they just want to maintain their standard of living,” he says.

“It also sees some people in that higher bracket pass away with a significant amount of savings still left over, that they haven’t been able to make the most of during their lives, which I think is a shame.”

Read: Where you live can indicate when you’ll retire

Financial expert Scott Pape, also known as ‘The Barefoot Investor’, says he has issues with the AFSA figures and feel they discourage many people from trying to save extra for their retirement.

“There are two problems with this [the AFSA figure],” he says.

“First, it’s out of reach for most people. The ABS says that the median super balance on retirement is $250,000 for men and $200,000 for women. So for an average working Aussie, why bother trying?”

“At a time of rising inflation and year-on-year increases in healthcare and aged care costs, Australians are obviously worried about having enough to meet their retirement needs,” he says. 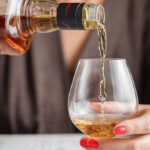 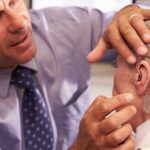