heating bills too high for seniors

seniors presenting at hospital with hypothermia...cannot afford heating costs...if labor had got in they would be dying in droves cos heating costs would be even worse in the quest  for 45% or more in renewable energy by 2030 under Shortens' policy at the last election

Where have all the jumpers, coats and hats gone. What of the fluffy slippers?

The price of energy is high. Seems higher by comparison with any time before in my life. It is true that we may have sacrified wide brown lands worth of trees to the alter of open fires in the past but we did not expect every room to be hermatically sealed and set to a nominally ideal temperature. I am not even sure that it could be good for humans to be cossetted that way.

Even with oil and gas and coal reserves why the race to exhaust them in a couple hundred years. They take millions to develop and millions of people will follow us with potentially millions of other uses for them.

No. We do not need all this space heating and we don't 'deserve' it.

I know from long experience that you can happily live without any space heating in the coldest areas (by average temperatures) in Australia and in old draughty houses. Just rug up a bit. A friend of mine in the distant past had access to several dogs. He didn't rug up but simply invited one, two or three of them to bed accoding to temperature. Brrrrr its a two dog night. A feather doona works wonders though so we have never felt the need for a dog.

too simplistic an answer..there are a number of reasons why seniors feel the cold b adly and even die from it.  read this and you may change your mind.

Our parents could never afford a heater. We just accepted the cold weather and used to rug up with layers of clothing. I think Summer was worse because when it was extremely hot 25+ and windows were left open at night to catch a breeze, we were attacked by mosquitoes and Dad sprayed the bedroom with the dreaded Mortein.

The best advice I take from that ardnher is: "Feeling cold even in the warm climates is a signal that a person should see a doctor."

"use sheets or blankets" came a close second since it confirms the way we comfortably handle freezing temperatures and draughty houses. The other thing I use are the finest neatest fitting wool/silk gloves I can find to type with. They are expensive but you only need about one pair every decade. A layer of silk is amazing. Can keep you warm in the cold and cool in heat.

Somewhere I have misplaced my silk inner sheet for the sleeping bag. (Actually I think some bugger borrowed it with a spare bag that didn't come back either.) When last used it was on top of the Western Arthurs in the snow and wind, the bag was too warm to zip up but used as a throw over this silk inner bag...toasty.

Borrowers too often don't seem to understand the value of "readiness"

What utter rot! You expect an elderly person possibly suffering from arthritis, maybe incontinence and other ailments to rug themselves up to such an extent?

Older people should have at least one room adequately heated where they can be comfortable without dressing like Eskimos. Not enough is being done by the government to ensure this.

I for one have nothing against either Eskimos or their choice of dress Sophie. I also have arthritis massively through my upper back, shoulders and neck supposedly due to being hunched over a desk 10 to 20 hours a day for more than a half century. Cold does nothing to that which warm clothes will not fix.

(personally I doubt the doctors suggestion and imagine that a raft of reasons would be responsible for this including diet and excercise, even sunlight.)

One heated room is a very good alternative. If building codes demanded just that and easy appropriate general retrofitting (to cover incoming desire) a fortune would be saved, then perhaps it might be reasonable to beg the long suffering people through their government for a guarantee of keeping it warm and appropriately ventilated.

Sale on now for puffer jackets at anaconda, dirt cheap 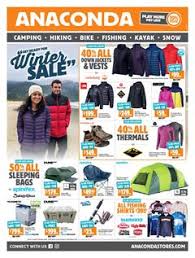 The best thing I've bought in recent years is a heated throw.

Extremely cheap to run (like an electric blanket) and keep you warm as toast, whatever the surrounding temps.

Wonderful things, plug them in and rug up ... anywhere around the house where you sit for a while.

THEY sound good RnR,   I might invest,  i feel the cold ,

i have one of those and agree they are good for those who dont want to use heaters etc.

WHICH one do you have RnR,   I AM GOING NEAR spotlight TOMORROW,    ill have a look at theres,

I've got a Sunbeam Cats but I imagine most well-known brands would be OK.

Just checked Spotlight online and they have a Jason one. Someone else may know what they're like.

THANKS   RnR,    jason are a good brand,   i havent got to spotlight yet,  other things came up,   but i will do on friday,   when i have more time,    it is starting to get really cold down this way now,

To get back to the OP, one supposes that when Labor and Greens politicians visit Canberra their travelling allowance is not based on them shivering in a basic flat or house without heating.

Not forgetting that their expensive jet trails at home and abroad could heat streets of houses if the fuel used was put to that better use and the pollies used electronic conferencing instead, wherever possible.

At the very least they could use a shuttle bus to and from the airport like the public 'deplorables'.

Like the video conferencing for the pollies especially if they had to use NBN fibre to the node :)

For those like me, who are not familiar with OP

What does OP stand for ? (Internet) Original poster; the person who started a thread. I don't think your response really answers the OP's question.

They took the carbon tax off our electricity but it hasnt gone down much at all and thats because they originally put on somewhere along the line. Renewable Energy Target - and Judith Sloan on Sky, Peta Credlin at 6pm - said this renewable target cost had been taken off all energy costs.

Now its still on ours for sure because it hasnt moved down apart from that carbon which wasnt the real evil upping of the cost that the RET was.

Are these companies keeping their ill gotten gains by not taking off the RET?

One thing for sure is I feel the cold and it is getting colder each winter or maybe its me but asking at the Seniors Club - all said same - colder  each winter lately.

Not just when  Al Gore comes to town because it gets rapidly colder when he lands anywhere they say!

Whatever - if we didnt have so many on 'welfare' who landed illegally mostly and havent worked a day or paid one red cent into cost of running Australia Inc. Or paid for health as Medicare levy in in the income tax paid, then maybe age pensioners could be paid enough to be able to put on a heater in winter and not have to resort to stopping in bed etc to stay alive.

mInd you, its always been the same going back years now - a couple who worked same place as I back in th elate 1980's under Keating, and they each were divorced with 3 kiddies, ended up getting married then found out by going on the dole they got more than the 2 working - so did - said it was due to childrens money - not the adults. And we have many immigrants arriving with familes of 8 or 9 kiddies. I remember seeing blocks of flats in Melbourne when we were there - being altered to accomodate Africans, who along with Muslims, have 8 or 9 kids.  The money they get for the kiddies is a whole lot more then the adults - thanks mainly to Bob Hawke. No child shall live in poverty. Pity he aint around now for senior adults. RIP.