The Meeting Place > Hot Topics > kick them out!

Daycare rorters.  Kick them out at the end of a lengthy jail sentence. $4million defrauded from taxpayers.

The $4 million rort was only from one fraud day care centre in the last 10 months....Red Roses Day Care Centre 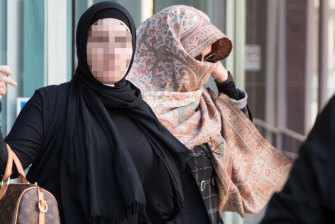 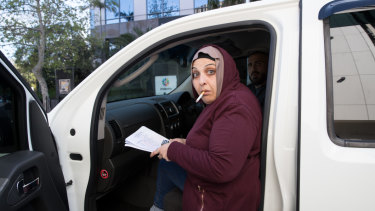 In the Red Roses network, parents operating fake home day-care centres would allegedly provide their own children's identities to be lodged on the books of another facility and vice-versa, despite none of their children ever being cared for by the other. 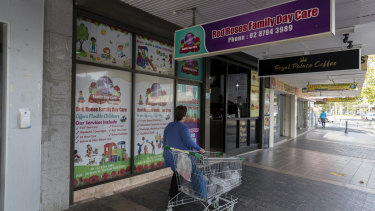 We don't need these lowlifes here. Throw the book at them, take away their Australian Citizenships if they have one or send them back to where they came from.  after serving long jail sentences. That's how they thank Australia for letting them in?

... agree!  Get rid of them!  Probably all on Centrelink benefits also - appalling!

Have to wonder why they were "watched" for so many months? Couldn't they have been stopped earlier? Tip of the iceberg I'll bet!!

You are right about the tip of the iceberg

Suburbs in south-west Sydney were home to the worst-offenders, with four suburbs in the region claiming 114 of the 188 private facilities that were closed.

Police shut down 49 facilities in the Canterbury-Bankstown region, another 25 in Liverpool, 23 in Fairfield and 17 in Auburn.

In one case, the director of the supposed day care was intercepted at Sydney airport, believed to be on his way to fight alongside Islamic State.

Hussain Dandachi, 28, was arrested in relation to a police investigation into a $27 million fraud syndicate and the funnelling of funds into Islamic State.

He pleaded guilty to supplying fake invoices worth more than $100,000 for children who were not in his care, and was sentenced to a minimum jail term of 10 months.

Another family day care was supposedly running in a house with no electricity, while a third address led investigators to an abandoned garage, The Daily Telegraph reported.

The closures have seen the number of NSW Family Day Care services slashed by more than half since 2016, from 420 to 197.

One source described a licence to run a daycare centre in NSW as a virtual 'licence to print money'.

The federal government is expected to save more than $674 million annually as a result of the investigation.

They will avoid paying out fraudulent applications for children who were not even students at the facilities applying for funding.

Last month, coordinated raids throughout the south-west led to the arrest of more than 20 people believed to be involved in running or facilitating fraudulent day care centres.

Some 150 parents are now also being investigated in relation to that case after it was determined parents had sold or provided their child's information to the accused.

That's a scam that has been around for decades.

I can remember it was rife when my kids were little.  Every Jo Blow was opening up as a daycare centre.

I thought the Guv'ment had made it illegal, or at least very difficult, to operate a daycare centre from your home many, many years ago. Maybe it was only here in Queensland back then, don't know.

A lot of really big daycare centres went belly up a few years ago.  Maybe these dodgy ones started popping up again then, due to a shortage of places.  My daughter-in-law mentioned having to book her first child into a daycare centre while she was still pregnant, just to make sure she got her in where she wanted.  The reputable ones filled up that quickly.  She mentioned that there were more than a few illegal daycare centres operating that she had heard about, operating out of people's homes.  That kid is nine now, so it's nothing new, not that that excuses the behaviour.  It seems whenever there is a shortage there is a scammer looking for an opportunity.

And yes, I agree, throw them out, we have enough crooks of our own, without importing them.  LOL

Some of these criminals are Australian citizens and cannot be deported. They should however be given lengthy jail sentences.