The dingo
51 weeks ago

Photographs stimulate my thoughts into action.

I have the urge to write what I'm thinking when I look at a photograph; either my own or those of others. 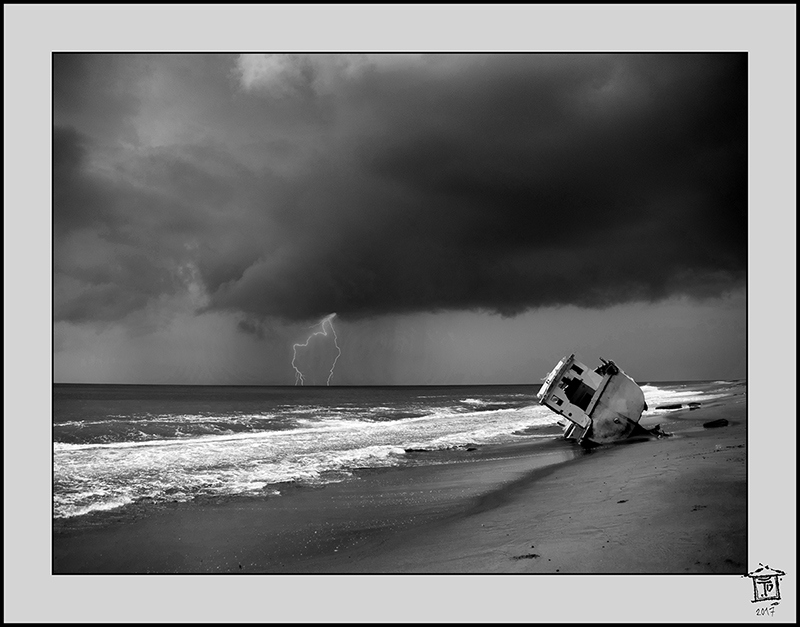 The fishing boat rises and falls on the turbulent blue-black sea.

One moment I see it, riding high.

The next it is barely visible. I wait for it to return

It seems  as if the man is drowning.

Because he didn't learn to swim.

A strange decision for a man in a boat at sea.

He places his success at what he does in the hands of his god.

He learnt from his father, as his father did his. That seemed enough.

Up until now his skills were sufficient. A strike from a stick from his father ensured he listened.

A soft word from his grandfather reinforced his faith.

Perhaps a caress from rope burned hands and moral support from a broken back.

Up until now he has been rewarded. A regular catch most days, enough to feed on and sell at the market.

Now he is to blame. The net is empty, his children hungry.

He searches the past for his mistakes, his wrong doings, his sins from which no redemption came.

He beat his wife once to often and too hard.

He over-priced his catch or sold yesterday’s fish today.

A man must provide. He must be strong.

Now he feels the weakness of his age.

His god is his only guidance now. Provide or be punished. The law is simple. It is the gospel of the enslaved.

Now he feels the chill of the sea at his feet. His life is leaking away.

He sits and waits. God will come. God is his only hope.

A wave catches his breath. He chokes, tastes the salt, he feels the sting in his soul.

He hears his wife cry. His son is gone some years, drowned as he would, on a lonely sea. The sea is unforgiving. The waves drown the sounds of sorrow. The sea is its own god, answerable to no one. As deep and cold as any part of nature.

He calls for his son, his father, his god.

The fisherman casts his last bait into the Black Sea below.

He feels the tug of the deep and he resists momentarily.

He opens his eyes and sees the end. It is quiet and welcoming for him now.

There is no more anguish, no pain of living, just the joy of having lived, of knowing what life is and does.

He closes his eyes and mind against the currents of thought that brought him here.

He says goodby to his maker and stops breathing.

The sea continues to move under the lifeless body. Fish gather and feed.

Nothing remains now except the memories of others.

Today he will be the reward for the fisherman of the sea.

Him not them; the others, the survivors, the ones that learnt to swim.

Have to say I'm no poet, but I like good poetry. If you've heard this a dozen times or more, keep it to yourself. I won a prize at school for reciting this.

I must go down to the seas again, to the lonely sea and the sky,

And all I ask is a tall ship and a star to steer her by;

And the wheel’s kick and the wind’s song and the white sail’s shaking,

And a grey mist on the sea’s face, and a grey dawn breaking.

I must go down to the seas again, for the call of the running tideIs a wild call and a clear call that may not be denied;

And all I ask is a windy day with the white clouds flying,

And the flung spray and the blown spume, and the sea-gulls crying. I must go down to the seas again, to the vagrant gypsy life,

To the gull’s way and the whale’s way where the wind’s like a whetted knife;

And all I ask is a merry yarn from a laughing fellow-rover,

And quiet sleep and a sweet dream when the long trick’s over.