The Bold and the Beautiful’s raunchy return plan

Hit soap opera The Bold and the Beautiful has found filming difficult due to social distancing laws but executive producer and head write Bradley Bell told Forbes recently that he now has a plan to resume shooting and it won’t require cutting steamy sex scenes.

“Safety is our utmost concern and will be as we return to production,” he said.

“We’ll really rely on our directors to employ all techniques. (Actors will) shoot eight feet (2.5m) apart, following all the safety standards, but use the tricks of the business.”

Some of those tricks will allow the actors’ real-life spouses to serve as stand-ins when physical intimacy is required, but there is also a more interesting solution being investigated.

““We have some lifelike blow-up dolls that have been sitting around here for the past 15 years, that we’ve used for various other stories – (like) when people were presumed dead,” Mr Bell said.

“We’re dusting off the dolls and putting new wigs and make-up on them and they’ll be featured in love scenes.”

Do you watch The Bold and the Beautiful? Do you think the blow-up dolls could outshine the actors?

The mind boggles just thinking about it. Can you imagine the look on the actor's face during a love scene and the blowup doll suddenly springs a slow leak, that sound could be quite embarassing.

No, I do not watch that show -- many friends do and I was at their place one day when it was on and I could not believe what a load of rubbish it was, apparently this show has been on for many decades and she had been watching it for decades  -- it was a time I will never get back but these people will not miss it and will arrange appointments etc. around it

I watch B&B all the time, after suffering withdrawal symptoms when I stopped, my doc ordered a quick return to viewing. Can't wait to see Ridge with his blow up doll  ! 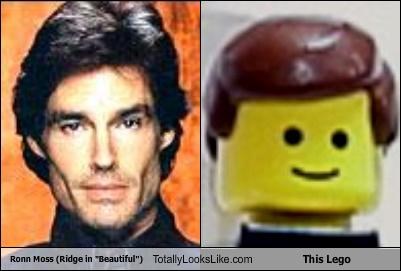 Ronn Moss hasn't played Ridge for at least 8 years.  He left the show to pursue his music career.

Lucca -- this is the same opinions that my friends have of this show -- just wondering what is it that is so compelling?  as they are so into it,  love to know.

I do watch it sometimes, it breaks the monotony of waiting for the news at 5pm. I must admit I used to watch Days of Our Lives when the boys were little whilst I was doing the ironing and they were playing in the backyard. My Dad was addicted to it after he retired.

Just kidding PlanB, I don't watch that tripe.  I’m a star trek fan and have a lot of fun with the grandkids boys and girls, watching that.

Yes Lucca,  so many are also star trek fans too -- once again I have never watched that either --