I was lucky enough to pick up first prize in the Open Age Local Poets' category with this one.

He walks down the street he knew well as a boy and all left unchanged is the name.

The buntings droop down like deflated balloons - a party where nobody came.

The wrecking balls all have been loaded away. The flyers are out in the mail.

The real estate agents are busy as bees spruiking apartments for sale.

like the old dairy farm at the end of the road which for decades has not seen a cow.

has been levelled as well, leaving just a facade. He'll not go to 'the pictures' today.

He thinks of the gang that had once gathered here, how they fractured and scattered afar

like the carrot-topped boy with the razor-sharp wit, who became quite the radio star.

And what of the boy with the Hollywood looks and the girl with the voice of a lark?

Did they follow their dreams, that theatrical pair, or did life simply snuff out the spark?

The old railway tracks where he flattened a coin, overgrown, and in parts rusted through,

are now firmly it seems, in the bulldozer's sights in the race to create something new.

He remembers a girl 'neath the old railway bridge and the freckles that sun-kissed her nose,

and the scolding he took from his mother because he had pilfered her prize-winning rose.

He had picked the red rose for the freckled-faced girl and he wonders where she is today.

Did she miss the old gang, and that red-headed boy, when her family moved far away?

But the roses are gone and the houses gone too. It's unlikely they'll even be missed,

except by a man who remembers a girl - the very first girl that he kissed.

But time marches on and it leaves us behind. Father Time is a memory thief

and the last summer rose always graciously cedes to the fall of the first autumn leaf.

So an old man moves on like he's done many times but a memory, bitter and sweet,

lingers on in his wake like the scent of a rose crushed by carelessly hurrying feet.

In a town far away there's a cute bungalow with a rose bush that blooms near the door.

On a table inside there's a fully blown rose and a petal drifts down to the floor.

An old lady sits in a comfortable chair, a newspaper always nearby.

The real estate ad on the TV guide page is small but it catches her eye.

A memory stirs from a lifetime ago, softly faded like freckles in shade.

An old railway bridge and a red summer rose, and promises childishly made.

She's watching a show titled 'Where are they now?' She's forgotten who most of them are

but remembers the sharp-witted white-haired old man who was once quite the radio star. 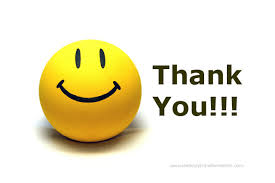 Excellent and well earned win. Thank you for sharing.

What a beautiful poem Leonie, and a well deserved win. Sums up a lot of nostalgic feelings we (of our age) all have from time to time.

I enjoyed your poem so much. I am almost encouraged to write again after many years.

I enjoyed your poem so much. I am almost encouraged to write again after many years.

Oooh go for it Zac, it would be great to have another poet on the forum. :)  Thank you for reading and commenting, and thanks to Agnes and Paddington too.

Hey Zac, even if you don't get the urge to write again, if you still have some 'old' poems tucked away anywhere I for one would love to see them.  It would be great to have another poet on the forum.

" It would be great to have another poet on the forum. "

There are many poets on this forum, several have already had published works Leonie. One person, I personally know and we are all familiar with, has two books pubished in the UK and one in Australia.

Thanks for that Kiah.  Good to know.  Just for the record, I wasn't implying that I was the only poet on here.  I have already seen some work by others, but there is always room for 'another' poet.

As for the published poets, good to know there are more of them too. I wonder if they ever post their works on here.  If I did come across their published works I probably wouldn't recognise them anyway because just about no one on here seems to use their real name.

I've been published in over 20 anthologies myself.  The complimentary copies are gathering dust on a shelf, along with my trophies.

Oh, I'm a published author too, but that's a whole other story.   Actually a rather funny one, there might be a poem in that .....

Nice to know there are so many writers on this forum Leonie. I couldn't write a poem to save my life. My writing is usually geared to Journal articles.

Except for the classics, I do enjoy Haiku poems :)